Four wooden beams lodged in the earth mimic the verticality of the pines. These are four stylised trees, the geometric synthesis of their shape and their direction, and they are four antennae reaching up to the sky to capture and pass on new suggestions to the sonic landscape of the pine grove. They gather frequencies, waves and vibrations from the air, distil these volatile elements to pass them on to the pine grove discretely, where they mix and blend with the sounds already present, until a dense and rarefied dialogue is established, either rhythmic or cadenced depending on the time of day, on the weather and the season. 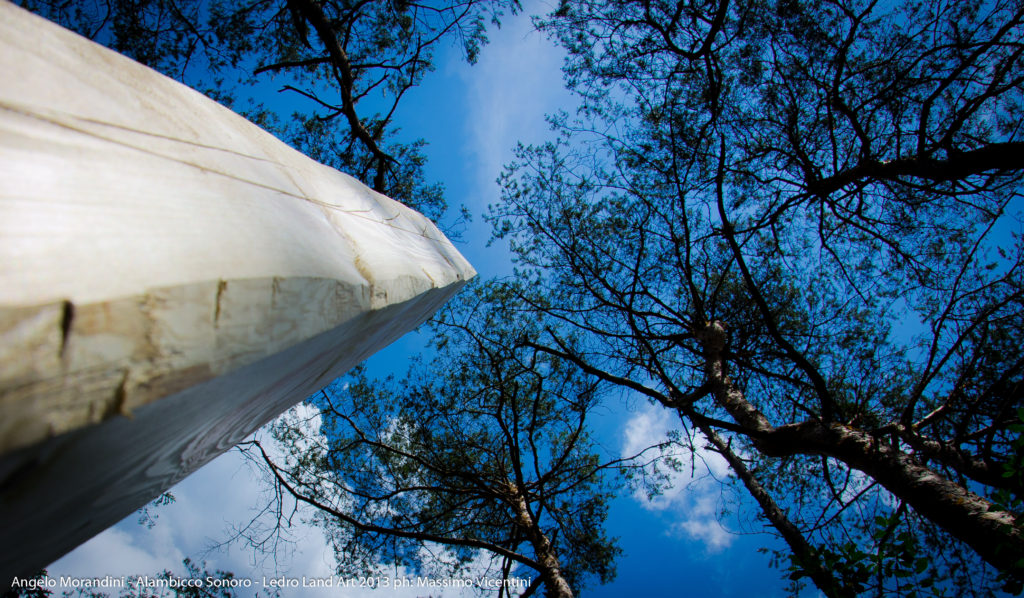 A small ‘crystal radio’ is set into one of the beams, a very basic apparatus built by the artist with copper, a germanium diode, a small amplifier powered by solar energy and a magnet wrapped in copper that causes the wood to vibrate along its whole length, as you can feel if you put your ear to it.