The umbral cone is a fundamental geometric element in the theory of eclipses. When the moon’s umbral cone casts its point on the Earth an eclipse of the sun occurs, recalled here by the fire with which the three sculptured trunks have been blackened and obscured. 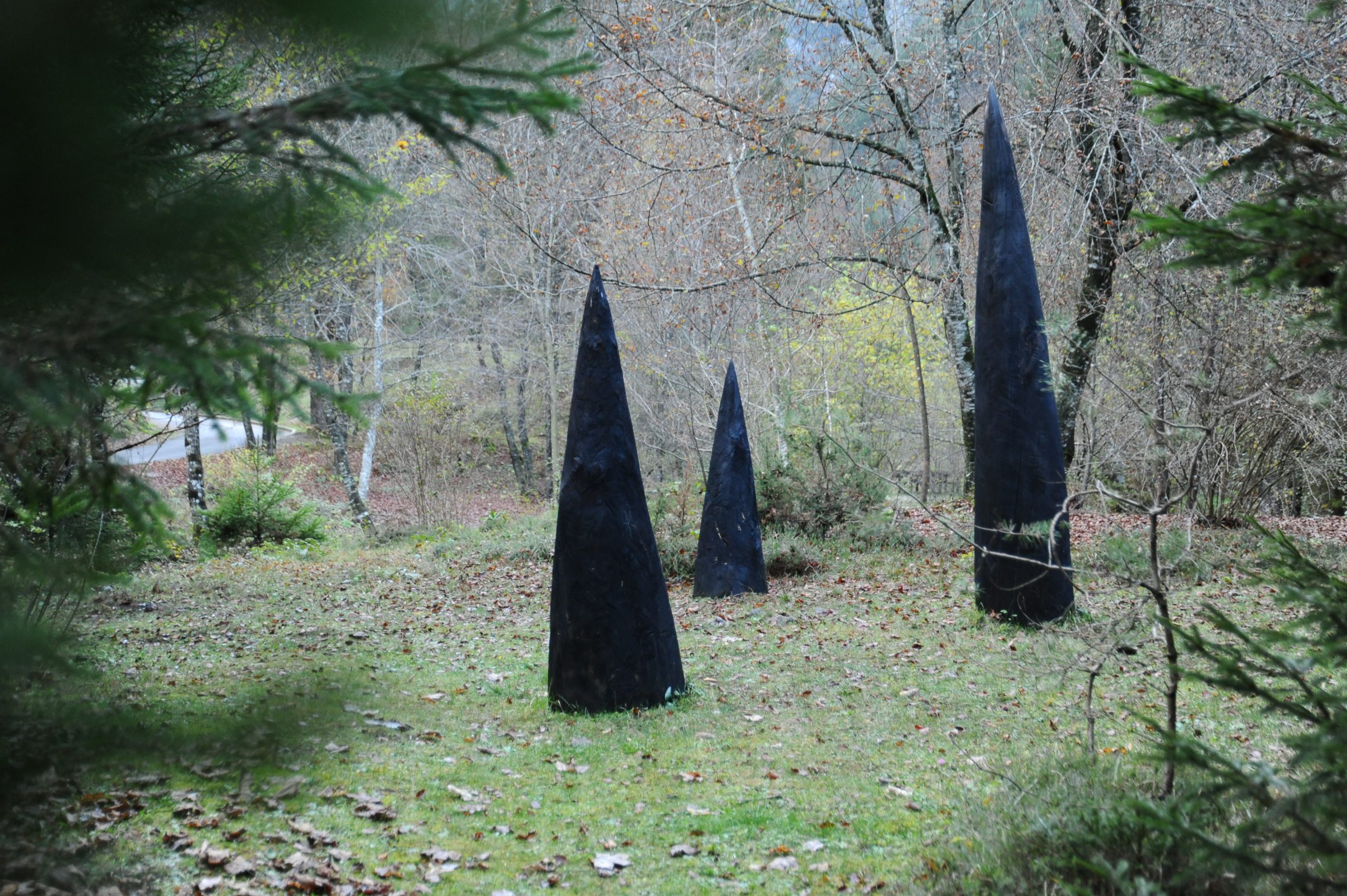 The image of the cone evoked by Marco Nones as a metaphor of the creative condition defines the contrast between shadow and light with a strong symbolic value similar to that between the rational and the irrational. The umbral cones thus become a sort of passage in which the individual is free to draw on the unconscious, and nature to reproduce without being tamed, according to changing and sometimes unpredictable forms of logic. 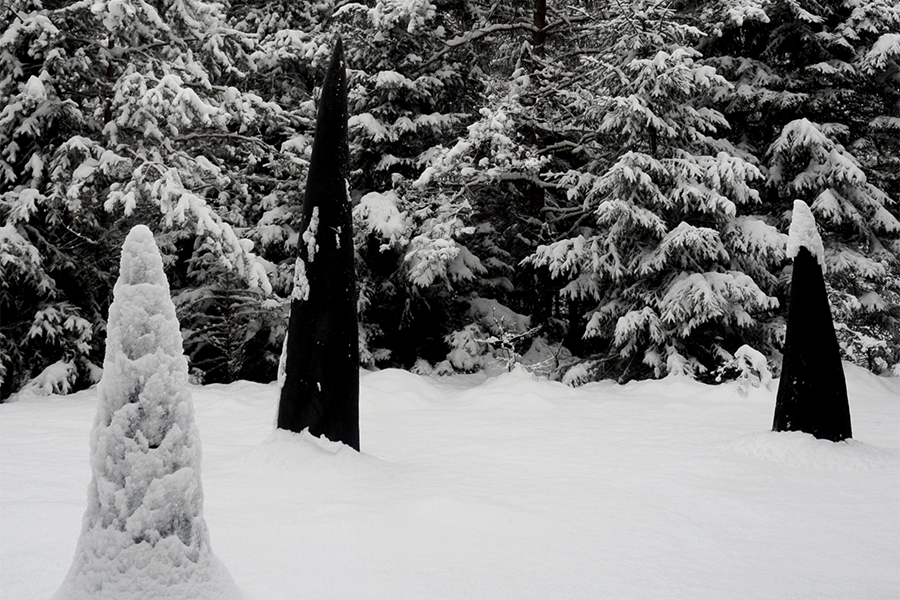